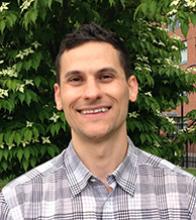 After lunch on Monday, August 13, while ASA attendees were cramming into the ersatz salons of the Pennsylvania Convention Center and Marriott hotel, a clustering of sociologists stole away to a museum just down the street. The museum was closed. But we didn’t come for the curations; we came for the curators. This was the plan. I have been a member of the Material Culture Network which has convened at ASA meetings for several years now; I have also be a researcher with the Science History Institute whose museum on the history of science features prominently in Philadelphia’s Old City neighborhood. I noticed during last year’s Network meeting that all the presentations implicated not just the objects of material culture, but the settings in which these objects were found. These settings were not happenstance formations. They were places carefully curated for particular objects to do particular things and to be understood in particular ways. Galleries, studios, museums—they were places of what I began to call installed knowledge. Places, I soon realized, inhabited by folks like my colleagues at the Institute, who work diligently to design and present history through material culture. As plans for this year’s ASA in Philadelphia began to emerge, my two worlds quite literally began to merge.

Christy Schneider and Amanda Mahoney of the Science History Institute joined Terry McDonnell, Gemma Mangione and myself to plan a half-day meeting on the topic of installed knowledge. For the sociologists, this was a chance to share our theoretical work with practitioners who are often our subjects but rarely our audiences. For the practitioners, this was a chance to share the practical challenges of museum design with scholars who labor to separate the ideals of knowledge production from its messy reality.

The day was separated in two sessions, with the first devoted to sociological work on varieties of installed knowledge, and the second to the immediate work being done to redesign the Institute’s permanent exhibition. Our orienting questions included: How are museum spaces organized to guide perception and interpretation? How does the materiality of museum objects shape their display, interactive possibilities, and interpretability? How do scholars and practitioners measure and make sense of the visitor experience? The following is what we learned.

Terence E. McDonnell (Univ. of Notre Dame) began the first session with “Objects, Words, and Bodies in Space” (co-authored with Wendy Griswold and Gemma Mangione and published in Qualitative Sociology in 2013). McDonnell argues that a person’s engagement with a work of art will necessarily shape their interpretation of that work. He presented Bruce Nauman’s Green Light Corridor (1970) to illustrate this process; people who squeeze into the corridor describe it as claustrophobic, and nauseating. The materiality of the installation imposes itself upon its audience.

As McDonnell points out, this materiality also excludes, preventing overweight, or disabled patrons from experiencing the work as intended. In this manner, Green Light Corridor demonstrates that meaning making, through the degree and kind of engagement, cannot be reduced to the resonance of symbols. Instead, it depends upon people’s physical relationship to the work. In this sense, McDonnell and his co-authors advocate for the primacy of the viewer’s position over location. These concepts deserve clarification. Position is physical: the characteristics of and relationships among objects, words, bodies, and space. Location is cognitive: the schemas and conventions that are triggered by the position of objects, words, and bodies through which people interpret what they encounter. The authors argue position comes first – before cognitive resources, such as art historical knowledge – as the material qualities of an object and its context create distance, invite intimacy, and orient a viewer’s access. A revised attention to interaction helps sociologists understand how objects, words, and bodies in space impact viewers’ physical, emotional, and cognitive responses to art in places of installed knowledge.

Gemma Mangione (Columbia) continued this line of argument with a focus on sensory hierarchies: the social orders through which people come to value particular forms of embodied experience over others. Mangione starts from the common assumption that museums are spaces where we are socialized quite early to look, but don’t touch (as a 1983 Sesame Street special famously taught Cookie Monster, we “don’t eat the pictures.”)

Yet scholarship in critical museology has highlighted how this “hands-off” conceit aligns with a broader Western cultural emphasis on what the historian Martin Jay has termed “ocularcentrism,” or the privileging of vision above other sensory capacities. Given recent policy shifts emphasizing multi-sensory museum design and programming, Mangione then focused on the work of scholars in various fields who highlight the contingency of ocularcentrism, with anthropologists discussing how such hierarchies vary across cultures and historians noting how they vary across time. Joining this stream of thought, a sociological perspective can then emphasize how hierarchies vary across organizational contexts and by social group. For example, hierarchies vary between kinds of museums, with multi-sensory experiences often facilitated for visitors with disabilities specifically. Mangione’s presentation made clear how design for sensory engagement enhances visitor experience and promote inclusion, while also exposing critical conservation challenges for museum objects that often limit innovations in sensory design.

Robert S. Jansen (Univ. of Michigan) next presented “Doing Exhibits Together” with findings from an ethnographic study of the Museum of Jurassic Technology in Culver City, California (published in Theory and Society in 2008). Whereas much of the visitor studies literature remains focused on the relationship between individual visitors and the specific artifacts or exhibits with which they engage, Jansen’s presentation stressed the importance of attending to interactions among visitors, highlighting the obvious but easily-overlooked fact that people experience museums socially. He emphasized three main points: First, people navigate museums with other people (whether as members of pairs or small groups visiting together, or simply as strangers inhabiting a common space together). Second, when people are in the presence of others, they strive to establish a sense of shared experience with one another. Third, that this sense of shared experience is a precondition for meaningful interpretation — whether of specific objects, larger exhibits, or the whole museum space. As he explained, the spatial layout and exhibit curation of the Museum of Jurassic produce a sort of natural “breaching experiment,” violating the rules that curators might follow if they were to take these three lessons to heart. Jansen concluded by encouraging museum practitioners to think about the sorts of both explicit and subtle interaction the spaces they design might be encouraging (or inhibiting), noting that museum spaces can be better or worse at fostering a sense of intersubjective connection among those inhabiting them and that this sense of connection matters for the overall interpretive experience.

Fiona Rose Greenland (Univ. of Virginia) then addressed the incursion of materiality studies into the sociology of culture. With this move, the role of artifacts in sociological theory shifted from parergon to protagonist. Greenland notes that when we think of materiality, we have tended to focus on the primal force of presence: of the look and feel of solidity in its heterogeneous composites and surfaces. She says it is the capacity of material things to do, to act, that transcends symbols and communication and delivers us into what Searle called the “brute physical facts” of the world. Yet she also indicates that for all its tactile facticity, materiality is fiendishly mutable.

Museum conservators know this as inherent vice—the ticking time bomb of a painting’s flaking paint chips or fraying canvas. Thus, Greenland promotes theories from cultural sociology that allow us to make sense of another dimension: evanescence, or the shimmering after-effects of material things. To demonstrate this theoretical innovation, she studied the ruination of artifacts in the Syrian civil war and the efforts to preserve their traces. Hundreds of mosques, shrines, churches, and archaeological sites were deliberately or accidentally destroyed since the start of the war. Digital reconstructions are being drawn up to commemorate what once stood. Composite stand-ins, however, are doing something else. She provided the example of Michael Rakowitz, a Chicago-based visual artist, who uses Iraqi snack packaging and newspapers to recreate destroyed Mesopotamian antiquities like “ghosts to haunt us.” Rakowitz’s stand-ins fill the gaps left in the pockmarked landscape, and with his choice of cheap materials he ensures that these reconstructions, like their stone exemplars, will also fade and disappear. Greenland shares this lesson: The absence of materiality is also an opportunity for a powerful material encounter.

Casey Oberlin (Grinnell College) concluded the session with “‘Lucy’ Up Close” and the question: What does it mean to make something look plausible or appear worthy of belief? Her focus was the Creation Museum — curated by the group Answers in Genesis — and the Museum’s use of ‘Lucy’, the Australopithecus afarensis used to depict one of our common ancestors in human evolution.

Oberlin compared the Creation Museum exhibit to exhibits on human origins at three natural history museums in the US. This comparison allowed her to unpack how the Creation Museum exhibit contested mainstream science museum representations by offering a counter narrative with a plausible ‘look and feel’ in three steps: First, they select a relevant, well-known example to target like Lucy that is neither esoteric nor unique to the group’s own interests; second, they portray an alternative account using similar conventions of presentation with the same physical evidence (in this case, fossils); finally, they claim transparency by stoking conflict in what is conventionally a conflict-averse setting by stating explicitly what is wrong with dominant accounts. Oberlin’s analysis invited comparison to other politically-charged topics such as climate change, and raised the question of how conventions often lead curators to “forget” the importance of open discussions of uncertainty and a focus more on meaning making rather than solely ‘fun fact’ transmission. While museum professionals do not operate outside of the demands of administrative oversight, funding demands, and politicized public perceptions, they are nevertheless short on time and funding to study oppositional perspectives which thrive in rooms for doubt.