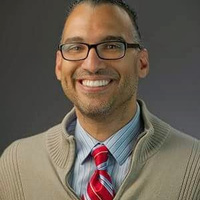 It has been about three months since we last saw one another in Philadelphia, but if you are like me, your head may still be buzzing with ideas emerging from our conversations there, both formal and informal. Culture section activities reflected what I see are the three core strengths of our field: Thematic ambition, empirical rigor, and methodological range. From panels asking the big questions as to both the (dappled) nature of and the functioning of culture (on this last, see Theresa Hice Johnson below), to panels featuring cutting-edge computational social science methods applied to cultural phenomena, to those featuring qualitative and mixed-methods work aimed at disentangling the effect of algorithms in creating and reproducing novel forms of social stratification, to those dealing with the cognitive dimensions of culture in concrete socio-material settings (see Erica Zurawski below), the quality and ambition of the work done by the members of our section was in full display for everybody to see. This was attested by generous (sometimes standing room) levels of attendance at all sessions, even those scheduled on the sometimes dreaded Tuesday late-morning and afternoon slots. All of this is something that we should be proud of. I am confident that our work will continue to stand, as once noted by Lyn Spillman and Mark Jacobs, “at the crossroads of the discipline,” or, for those who like concrete network metrics, as an important intellectual broker, bridging across the cultural holes separating the various sociological subfields.

Philly cheesesteaks may well be behind us, but the section leadership is already quite busy preparing our next gathering, and they stand to make good use of the six official slots allocated for the 2019 meeting in New York City. Our dynamic chair-elect, Allison Pugh, recruited a wonderful group of some of our best and brightest young scholars to form an ad hoc “program committee” (Kemi Balogun, Angèle Christin, Crystal Fleming, Michael Jeffries, Greggor Mattson, and Eileen Otis). I think you’ll agree with me in noting that they’ve done a terrific job of putting together what seems like a thematically diverse, substantively relevant, and intellectually exciting lineup. This includes a paper session on “algorithmic cultures” (organized by Angèle Christin); one on “Culture and Service Work: Relationships, Identities and Inequalities” (organized by Eileen Otis); another on “Culture, Racialization and Intersectionality” (Co-sponsored with the Section on Race, Gender and Class and organized by Michael Jeffries); a session on “Global and Transnational Approaches to Culture and Power” (Co-sponsored with the Section on Global and Transnational Sociology and organized by Chinyere Osuji). In addition, Allison has put together a compelling (and timely, given what I said earlier) invited panel on “Culture and Its Impact on Other Subfields,” which will feature such stellar presences in our field as Kristen Barber, Amin Ghaziani, Deborah Gould, Cristina Mora, and Fred Wherry. Matthew Rowe has graciously volunteered to organize our roundtables. Last but certainly not least, our graduate student representatives, Joanna Pepin and Ande Reisman, have organized an invited workshop on “Collecting, Analyzing and Sharing Cultural Sociology” which should be of interest to everyone regardless of career stage. So why wait until the clock strikes midnight on January 9th? Head over to the ASA website and upload your papers now!

I would like to end by thanking our outgoing chair, Ronald Jacobs, and our previous past chair Jennifer Lena, both of whom have been incredibly helpful and supportive to me as I learn the ropes, and have been a great resource and source of leadership for the section in the last three years. I would like also like again to thank all of the people who volunteered to organize panels and our roundtables for the Philadelphia meetings: Kieran Healy, Marion Fourcade, Iddo Tavory, Stephen Vaisey, Daniel Winchester, Lynette Shaw, Dustin Stoltz, and Marshall Taylor.