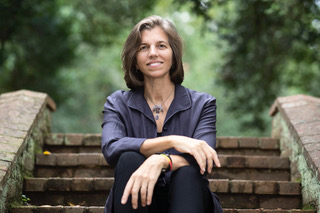 Can it only be a few months since we gathered in New York for ASA 2019? I hope that some of the discussions you took part in or witnessed there, and the people you met, served to generate new insights, new collaborations, new ideas for research or teaching.  I myself found the session on “culture and its impact on other subfields” thought-provoking, and am still ruminating on Cristina Mora’s comments about how cultural sociologists can learn from and contribute to understandings of racism and immigration, in particular the question of how frames about how the world works are tied to power. Deborah Gould’s insights about “outlaw emotions” also brought on some frank discussion in the Q&A that I found powerfully relevant: about when, if and how to read emotions onto other people’s bodies, a dangerous research practice but also crucial for a richer, more resonant sociology. Thanks again to my fabulous program committee (Kemi Balogun, Angèle Christin, Crystal Fleming, Michael P. Jeffries, Greggor Mattson, Chinyere Osuji, Eileen Otis) for helping to come up with some terrific sessions, including those cosponsored with the sections on Race, Gender and Class (RGC) and on Global and Transnational Sociology (GAT).  Thanks to student members Joanne Pepin and Ande Reisman for putting together a great workshop with appearances by Laura Nelson, Clayton Childress, D’Lane Compton and Jessica Calarco, and thanks to Matthew Rowe and Celso Villegas for organizing the roundtables.  Thanks are also due to Alissa Boguslaw for her work putting together a section party with the best food I’ve ever had at an ASA reception.  More than a few people came up to me to say they got a lot out of the meetings this year.

Planning for ASA 2020 in San Francisco is already well underway, with chair-elect Terry McDonnell and his program committee (Monika Krause, Phillipa Chong, Christina Simko, and Jacqui Frost) putting together a great lineup of sessions, with titles like “Mind and Matter: Synthesizing Cognition and Materiality,” “Populism and Civic Cultures in a Global Context,” “Resurrecting the Macro in the Sociology of Culture,” “Culture and Inequality After Technology,” and “Teaching Culture in Today’s Political Climate.” More info to come on these panels, which will also include two cosponsored sessions with RGC and GAT.  Here’s to new linkages there: we hope to encourage more of those relationships over some free drinks at next year’s reception, cosponsored with Race, Gender and Class and the section on Body and Embodiment, to be held on Sunday, August 9, 2020. Save the date!

We had a tremendous response to our call for volunteers for award and other committees; so many of you are hungry to get involved, it is real evidence of the section’s vibrant membership.  Thanks to you all for stepping up to take on the important tasks of recognizing our best work and our promising young scholars. We staffed those committees with an eye towards multiple dimensions of diversity; see the award committees listed in the call for submissions in this newsletter. Please distribute the call widely, submit your own work and encourage others to as well.

The council has also instituted a membership committee to come up with ways we can better serve you; we’ll be announcing some of their plans later on.  Finally, thanks to past-chair Omar Lizardo for his dedication to the section – his service continues this year, as he agreed to chair the nominations committee.  We’re better off for his stewardship.

All of these different committees and tasks mean your council members have been hard at work for the section, and also that the council feels stretched a bit thin – as I wrote in a recent set of announcements, we think the section would be well served by adding three new council members, who could then coordinate section publications, mount networking or mentoring events, and otherwise improve our service to members.  I also note that this proposal would bring our council to the same size as that of the next largest section, the Sex and Gender section. Council unanimously approved this proposal; if all goes well, you’ll be able to vote on it in the spring.

This issue represents the last hurrah from the section’s longtime newsletter team, Hillary Angelo, Diana Graizbord, and Michael Rodríguez-Muñiz.  As is their custom, you’ll find thought-provoking, creative and timely content inside: interviews with Jenn Lena and Huggy Rao, reviews of award-winning work by culture scholars, a roundtable on “Maintenance and Repair” curated by Fernando Domínguez Rubio and more.  Thanks to this team for their fantastic work over the years.  Three intrepid souls volunteered to take over the newsletter: Yu Ching Cheng (Japan Society for the Promotion of Science), Johnnie Lotesta (Harvard Kennedy School), and AJ Young (IUPUI).  A grateful section looks forward to their collaboration.

Feel free to let me know (apugh [at] virginia [dot] edu) if you have comments or questions about what we are doing, or if you want to volunteer your own ideas or time.

Best wishes for a productive and sustaining fall,