Dustin Stoltz (Lehigh University) interviews Cecilia Ridgeway (Stanford) on the past, present, and future of cultural analysis and sociology.

My undergraduate background was in a joint sociology and psychology program in psychology at the University of Michigan, which was actually in its very last stages — it collapsed right after I left! I took courses that were jointly taught by a sociologist and a psychologist, and I was drawn to the sociologist. So, I became interested in this sociological social psychology approach with a focus on interactions and groups which came out of that. I always traversed across the line. I went to graduate school at Cornell, and they had a joint program, but it was still two separate departments—it collapsed too! (A lot of things happened in the disciplines to drive them apart in the 70s.) But, Cornell let people outside of the sociology department be on dissertation committees, and I ended up having a committee with a sociologist, an anthropologist, and a psychologist. The anthropologist and the psychologist were interested in understanding social interaction, so they weren’t typical of their disciplines, and the sociologist, Robin Williams, was a mainstream institutional sociologist. William Lambert was the psychologist, and he was associated with the “Six Cultures Study,” very much a Harvard Social Relations kind of guy. John Roberts was the anthropologist who was interested in American culture which was atypical at the time, particularly the culture of games. I became fascinated with that and I think that is what started me down the culture path. I was essentially interested in games as cultural schemas—the word wasn’t used then—but cultural schemas of conflict that people use to manage social life.

I actually did my dissertation on music, which I ended up moving away from. But, I became interested in music as a cultural representation, how people use it, the relationship between music and cognition, and how it structures emotional responses. This had some clear lines to my later work on culture and cognition about gender. But, at the time, one didn’t really study gender, gender was a chapter in the book on family. I was always interested in gender (my mother was a proto-feminist), and I was also interested in inequality and how inequality is done to people in the room. Those two things lead me to status, and status is a cultural process because it is rooted in beliefs about the value of different types of actors.

I’m closer to those who see culture as schemas that people use, ways of doing things, as a kind of virtual plan that people learn and use to enact a given structure. For example, the way my anthropology advisor thought about games, you enact the rules of the game and it has material results. And, I think status functions very similarly. A lot of aspects of society have these kinds of schemas that people use to enact familiar structures, and that is the sense in which I’ve mostly studied culture.

There are also important cultural processes associated with status, like Michelle Lamont’s work on boundary maintenance and development of boundaries between different groups. Groups must be differentiated for some groups to be considered higher status than others.

I’ve always been more interested in micro-structural events, and that’s where people act on cultural schemas. So, it’s not that I think broader cultural processes, like ideology, are not important. They are likely quite important in shaping the context in which these micro processes happen. This has just been where my interests are, rather than a theoretical stand. But, I do see culture as the means by which people enact structure. People cannot create the structural without the cultural because people use beliefs to coordinate. If they don’t share those beliefs, coordination is not going to be easy. So, culture is not epiphenomenal. At the same time, I do think that cultural elements change most powerfully through structural and material changes. It can happen that ideas change other ideas or beliefs or similar processes, but I think it is most likely that you change the structure of people’s interest or material context will lead to more dramatic changes in culture.

It’s also important to emphasize that culture is not just what one person thinks or believes on a first-order basis. It’s what I think you think, and what you think I think, and what we think most people think! It’s true that individuals carry culture, but they carry it as a third-order belief. And there’s plenty of evidence that what you think most people think is a bigger determinant of your behavior in a social context than what you think. I think a lot of people miss this, sociologists included.

I did an experiment for my dissertation, which has always been unusual in sociology, but they were more common at that time because they were exploding in psychology around 1970. It was more my substantive interests that drove my methodological approach — but I guess I had a taste for the experimental method. Because I was studying social interaction, which was more amenable to experimental methods—I wasn’t studying conflict between nations.

I also liked the logic of inference underlying experimental methods. The purpose of the experiment is to test a logical proposition from a theory. What matters for generalizability with experiments is not whether the exact results in this particular setting would be the exact results in a different situation. Instead, what matters is whether you support the theory in this situation. Then you can derive new hypotheses from the theory about different situations and test them there too.

So, I came to my methods because I had a taste for the them and my substantive interests were amendable to them, rather than saying “I’m interested in culture, and culture is best studied this way…” A lot of cultural questions are probably not best studied with experiments, but the process of making and employing culture can be. For example, I’ve done experiments on people forming status beliefs by getting people into a room and forming beliefs based on made up differences — that’s the creation of culture.

DS: Where is your work taking you now and where do you hope cultural analysis in sociology will go?

I’m working on another book—wisely or unwisely! When I wrote my gender book, I really wanted to think through a deeper story of why I think gender is persistent and powerful even in contemporary society. In a similar vein, I wanted to write a book on status, essentially focused around what is the nature of status as a form of inequality—what really is it. We know pretty well what power and resources are, but there’s a way status is weird. It’s ancient, it’s universal, and it’s clearly everywhere in society. It’s in your clothing. It’s in organizations, It’s in the world system. The question is, what is its nature? How is it that it’s everywhere, how does it exist in small societies and also interpenetrates our (sort of) meritocratic modern bureaucratic institutions. And, even if it does suffuse social life, why does it matter? I’m not sure I can really answer that, but I’m going to make an argument.

It drives inequality based on perceived social differences, and it also encourages people to perceive social difference, to emphasize it. You can take the grand social differences in society that are major axes of social inequality, and you can sufficiently mixing them up with other kinds of differences to suppress them. That way we don’t have a few social differences that drive everything, that are in the Blauian sense “consolidated.” I don’t think status will go away. But, this way your status goes up and down as you go in and out of different rooms.  There’s not just  a few characteristics that always dictate your status in the same way across all situations. So, maybe we can reduce the extent to which, say, race, gender, class, education are the major determinants of status. Doing that will be an important part of achieving a more egalitarian society.  A necessary condition of that is reducing the consensuality of these status beliefs — consensuality in the sense that people think that other people hold these beliefs. Now, how you do that is a long and complicated story.

As for the field, I see a lot of increasing specialization in sociology, but less talking across specialization, and quite a lot of academic stratification. Not just institutions of different academic status, but also specialities of different academic status. I say this as a gender scholar, where it is dominant and yet not thought to be mainstream! Given that, I worry a little bit that we might not have enough common focus. I’m not despairing, but we’re pretty fragmented. Maybe I’m wrong about this, but I have the sense that some cultural sociology will assume processes that take place at the micro- or cognitive-level without actually learning from the work being done in those areas within sociology, social psychology, or psychology. They can end up making assumptions about identity or beliefs or cognition that do not have empirical support. Culture often comes across as a macro field, but if our theory involves micro-processes, then we need to read across levels of analysis and disciplines. 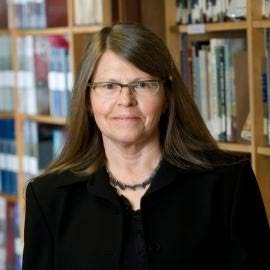 Cecilia Ridgeway is Lucie Stern Professor in the Social Sciences and, by courtesy, of Education, Emerita at Stanford University. She completed her bachelor’s degree (‘67) at the University of Michigan in a joint sociology and psychology program in social psychology. She went on to complete doctoral work in sociology at Cornell University (‘72), where she studied with Robin Williams, Jr (a sociologist), William Lambert (a psychologist), and  John Roberts (an anthropologist). Her dissertation, Affective Interaction as a Determinant of Musical Involvement, explored the emotional dimensions of listening to music using experimental methods. Prior to Stanford, she held positions at Univ. of Wisconsin-Milwaukee and the Univ. of Iowa. She has published books and edited volumes on gender, inequality, status, and small group processes, and is well-known for her book Framed by Gender (Oxford, 2011), and she is currently working on a book on status. In 2012, she was president of the American Sociological Association, and received the W.E. DuBois Career of Distinguished Scholarship in 2007 and the Jessie Bernard Award in 2009, among many other accolades